We honor landmarks with the protection against economic forces that may seek their removal. But the unintended outcome of this process is to increase the development pressure on those buildings and neighborhoods which are just out of reach of the landmarking process. These may be slightly less picturesque, likely are more recent additions to the cityscape, or have a less straightforward claim on ‘history’, but they represent the next best option for developers trying to increase profit. The production of larger, denser, or otherwise ‘inappropriate’ buildings that would not be allowed in a landmark district are concentrated here, done as quickly as possible to avoid the rolling tide of preservation.

This effect is most common in areas of the city already deemed desirable by its residents, but not yet easily defined for a tourist market which a landmark neighborhood would effectively monetize. Successful neighborhoods are effectively sacrificed for the benefit of discrete pockets of history.

This problem with landmarks is inevitable with the single-mindedness of its system of values. Landmarking only looks at the good, by asking what should be saved, but not at the bad. This process must be counterbalanced for a healthy city to grow, prosper, and to effectively manage its inherited building stock. To do so, cities should develop processes for identifying buildings to be removed. Selective demolition will provide the path of least resistance for new development in a city, and promote growth where it is most desirable, not where it is already healthy. This is a strategy common to any living system: cultivate the healthy, and remove the weak.

This process can be achieved with a number of indirect tools- through zoning, development incentives, or targeted campaigns. These are common methods for maintaining successful neighborhoods and can be used to opposite effect- and some plans to this effect are in motion.

But the legal authority of landmark designation is the most clear and comprehensive tool for preservation, should we also promote condemnation as its counterpoint? Yes, if done through the same channels. Condemnation has a complicated history vis-à-vis mid-century urban renewal, the legacy of which has effectively shut down for several decades a dialogue about a protocol for selective demolition. But what if the process involved community input, historical research, review with landowners in a public forum? This kind of removal would not have the ethical baggage as wholesale slum clearance and would provide urban planners more complete tools for shaping the contemporary city.

A new debate on building removal will allow for a decoupling of site’s current life and its potential future. Let’s analyze the first on its own merits and allow citizens to debate what may potentially occur at a site once something is removed rather than be limited to the current model where a site’s transformation is directly tied to the replacement.

Look for the related design competition Taking Buildings Down through the Storefront for Art & Architecture; Spring 2015. 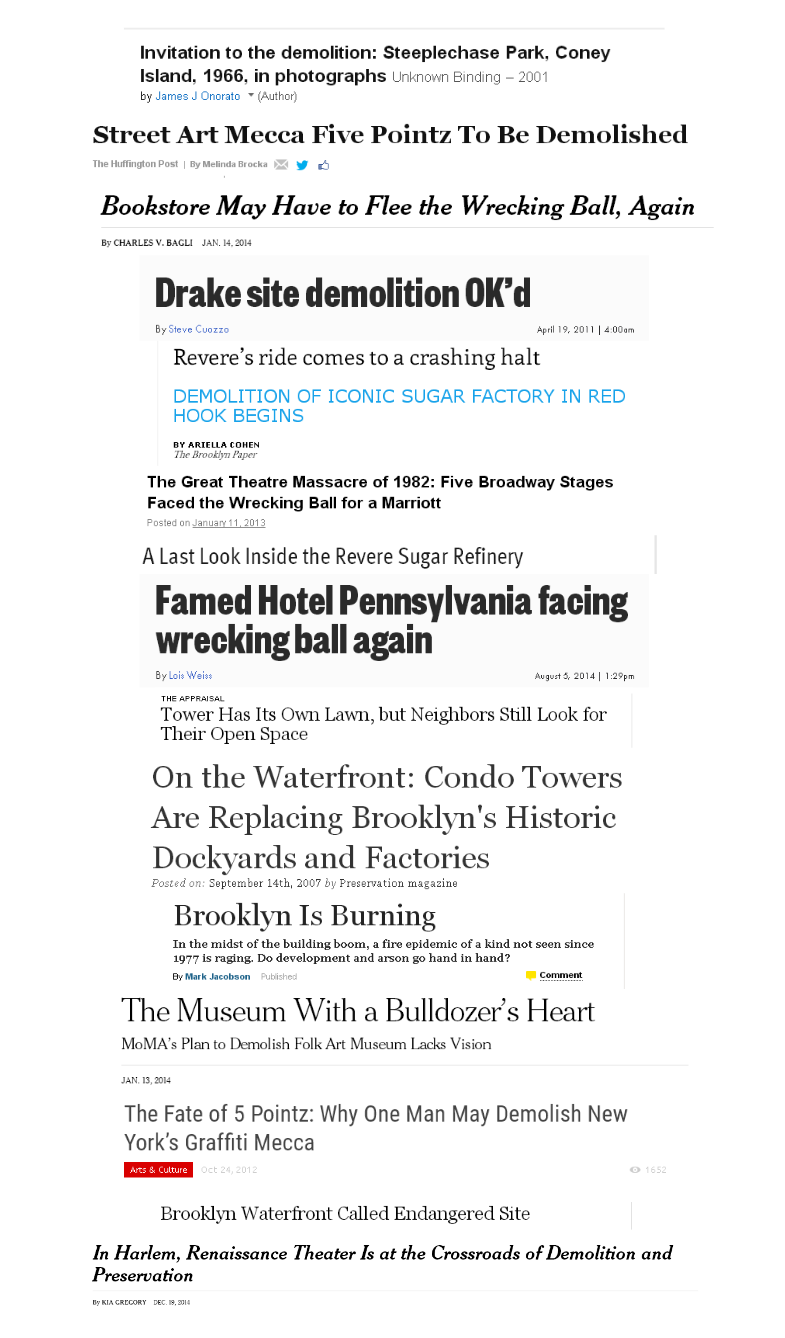