The historic ‘Astrodome’ is to be transformed into a new type of corrections facility that
rehabilitates through competitive sport. The ‘eighth wonder of the world’, as it was called upon opening in 1964, embodied the modern, corporatized global sports industry of artificial environments and bodies. Its rebirth as a symbiotic integration of surveillance and spectatorship marries the utopian form of progressive prisons with a new market offering of 247 broadcast amateur sport.

The project acts on a perverse relationship that exists in contemporary sports culture: the demographics of professional sports and prisons are the same. The unrealistic expectations of success that direct minority youth toward careers in entertainment inevitably lead to destructive cycles of delinquency and detention as the limited path to fame is filled.

The panoptic-dome requires little formal transformation of the Astrodome—its
trays of seating turned into prison cells and the Astroturf subdivided into myriad sports venues for constant and simultaneous play. A large lens suspended from the ceiling provides illumination while accommodating cameras which stream the events live on dozens of sports channels. This new alternative for truly amateur sport keeps a focus on athletic performance; off-field antics cannot tarnish the reputation of the league’s new star performers. The informal quality of the competitions will lead to developments that are difficult to anticipate. Teams and schedules form on a daily basis as do the games themselves.

Participation in the sports culture of the panoptic dome is varied and not dependent on physical activity. The industry inside is entirely self-sufficient and develops the skills of its inhabitants in numerous related fields—from broadcasting to uniform design, production, record-keeping, field maintenance, and sports therapy.

As a secure facility, there is no sharing of space between public and prisoner. Live viewing of the games is prohibited, but that does not mean the public does not come to the panoptic-dome. The spectacle of the place is most apparent just outside its walls as the facade of the dome is wrapped with projections of the games inside.

The panoptic-dome re-establishes the original, inspired motivations of the “love of the game” to a class that has no liberties. The panoptic-dome represents a radical shift away from the failed government policies of three-strikes, the war on drugs, and mandatory minimums that have institutionalized mass detention. The panoptic-dome creates a new relationship between the public and the penitent, as we create new proximities in physical and digital space.

The initial promise of modern progress in the controlled climate and artificial turf of the
Astrodome is transformed into a place for showcasing the social power of competitive sport. As the site of both the celebration of gun culture (the home of the Houston Colt .45s) and the deliverance of the refugees of Hurricane Katrina—the dome is a fitting place to manifest our contemporary social bargain of privacy for security in a brave new digital world. 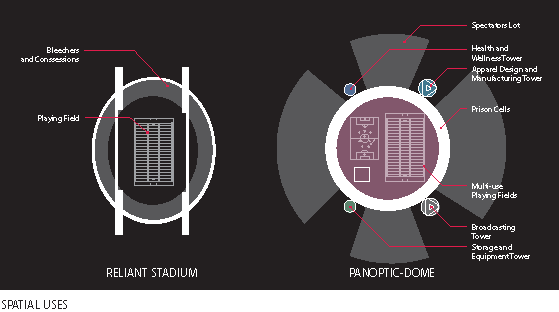 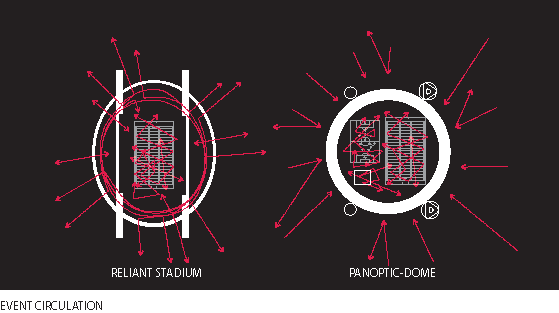 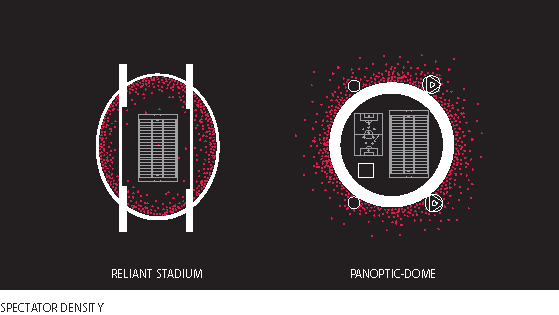 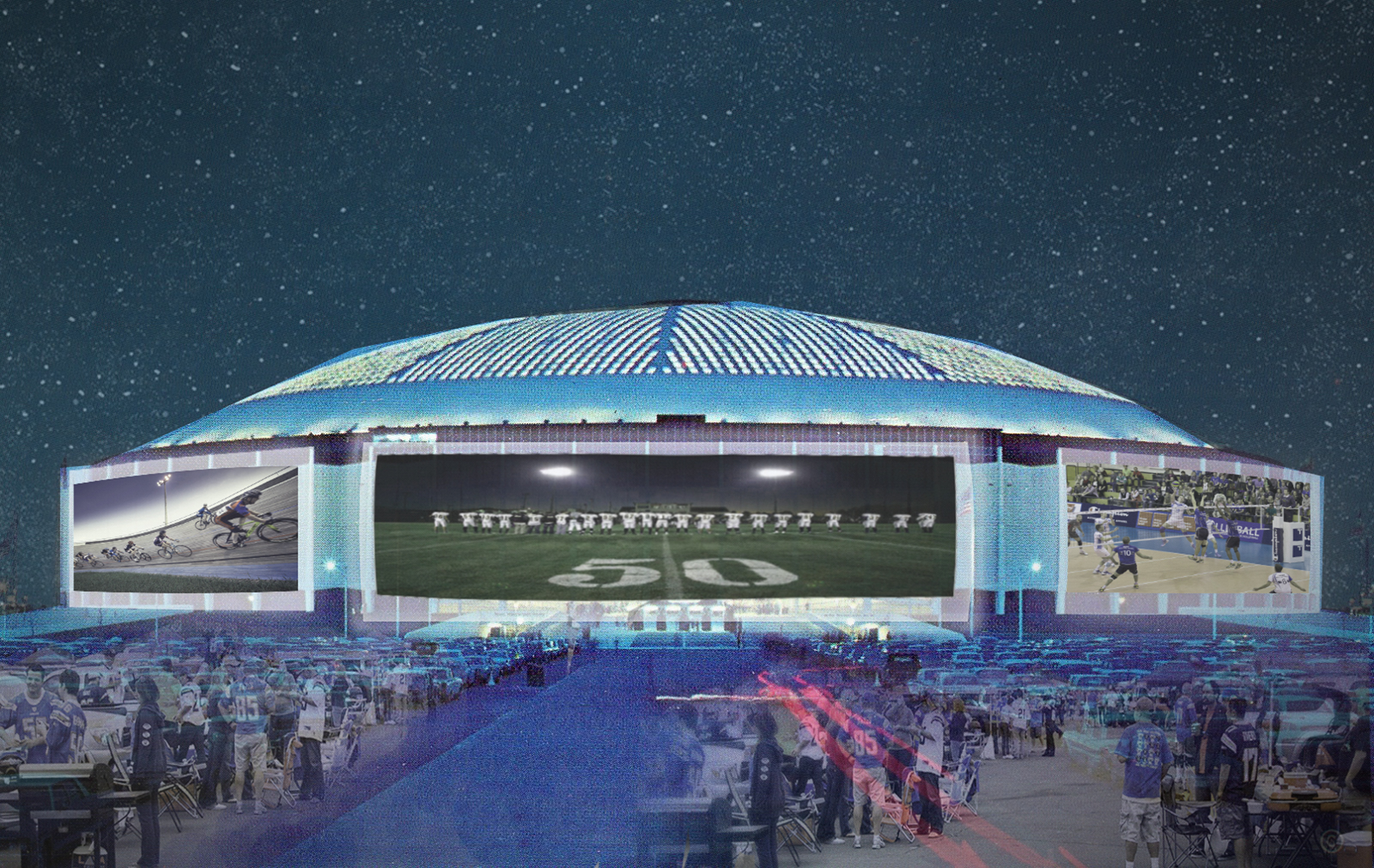 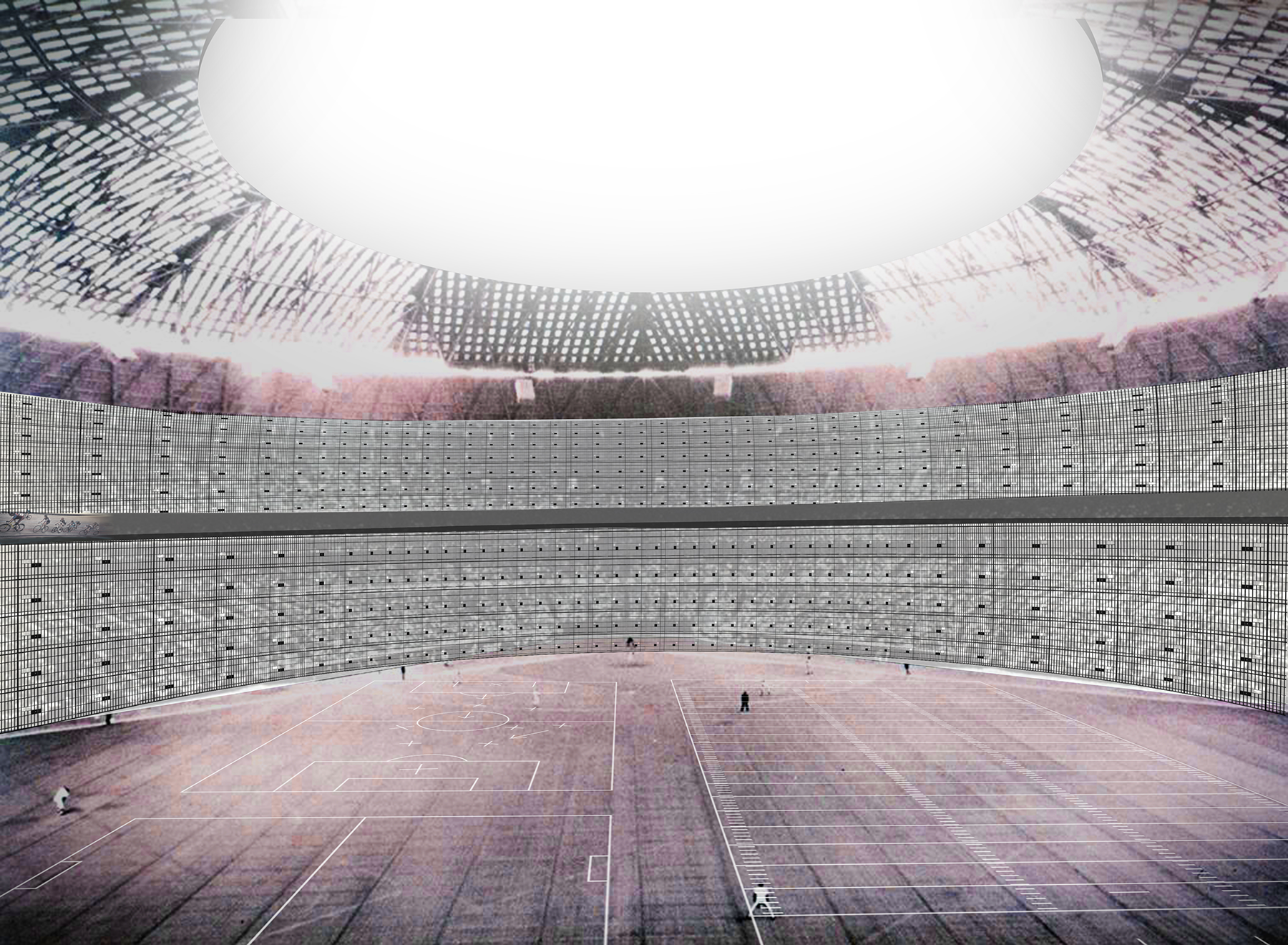 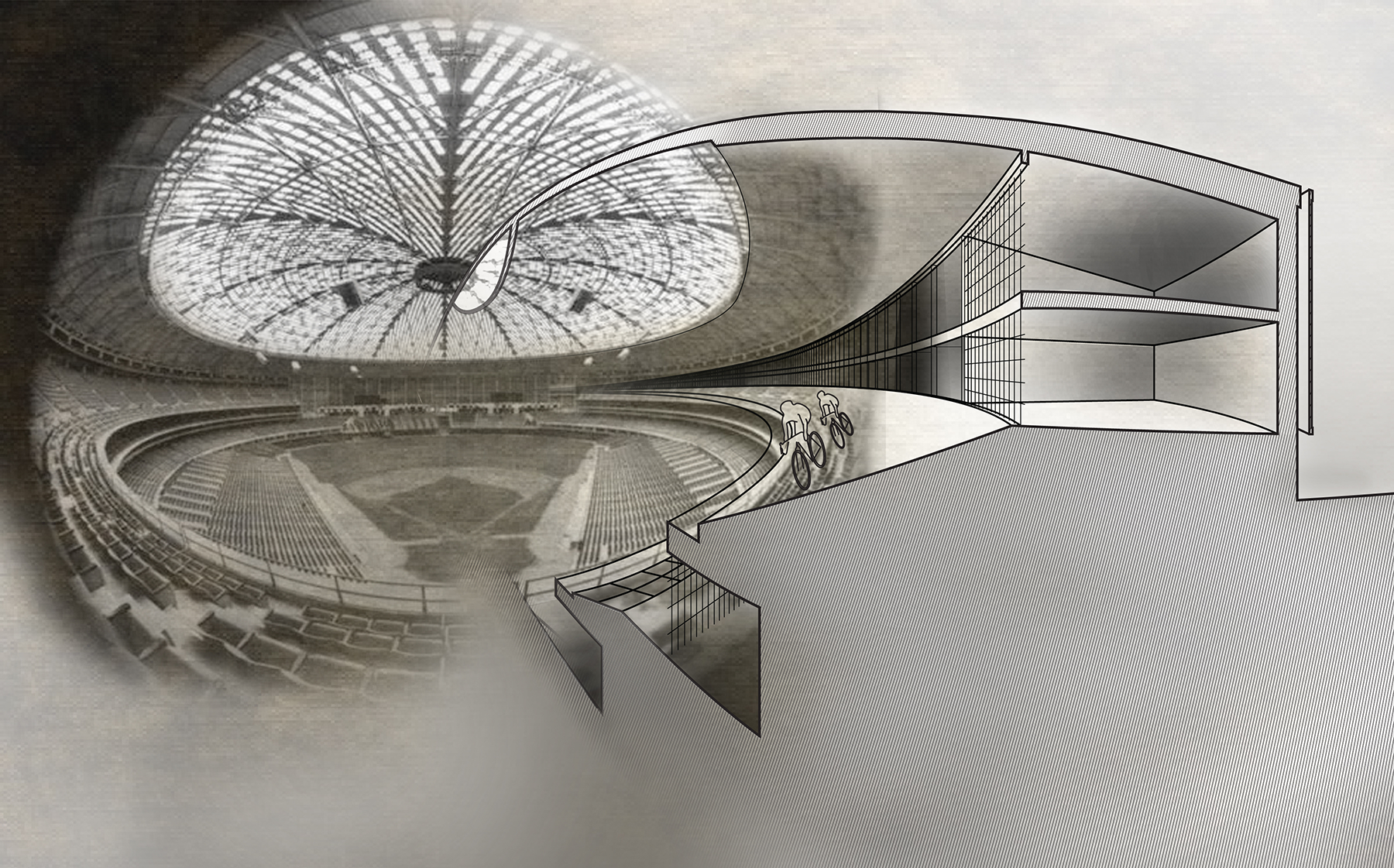 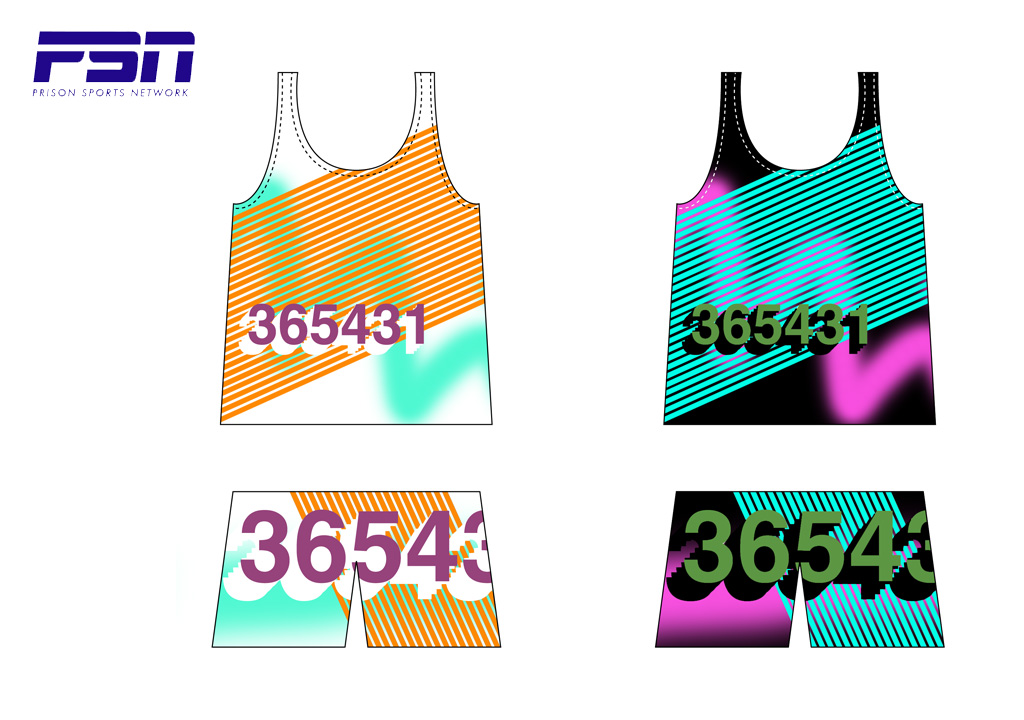